In this short film we're following a molecule of air (carbon dioxide) as it is transported around the world 3 million years ago, before it ends up in Antarctica and gets trapped between snowflakes and buried. This molecule of air is buried under kilometers of ice until today, when this air being drilled out in an ice core by scientists as a window into what the Earth was like 3 million years ago. 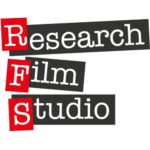